Phrases of Maritime Origin and Their Meaning (Part II)

"Taking the wind out of someone's sails"

The nautical expression "to take the wind out of someone's sails" today means to refute the arguments of one's opponent or to take away someone's original advantage by acting skillfully. If the wind is taken out of a sailing ship's sails, it makes less speed or, in the worst case, stops altogether. Especially in sea battles, it used to be important to bring the enemy ship into the slipstream by skillful maneuvers and thus prevent it from escaping or continuing its journey. 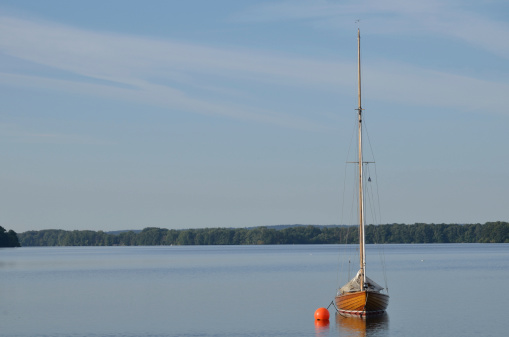 If someone says that he or she is giving up the sails, it is ultimately a paraphrase for the fact that someone is surrendering. And in fact, that was also the original meaning, although not verbally, but actually visually.

Ultimately, the meaning of the idiom comes from the military sphere. In the past, wars were also fought on the oceans. Accordingly, every nation that thought anything of itself naturally had a proud war fleet.

If a crew was defeated in the course of a sea battle, the sails were hauled in. As a result, the ship was no longer maneuverable and the opponent could clearly see that he had won the battle.

"Being on the wrong track"