All Collections
FleetMon Maritime Knowledgebase
Container Ships: Who is the “Biggest Loser?”

Container Ships: Who is the “Biggest Loser?”

While international shipping is making intensive efforts to demonstrate its environmental awareness, for example by introducing cleaner propulsion systems, it is creating negative headlines elsewhere. We encounter increasing reports on losses of large quantities of containers on the high seas as a result of severe storms and other extreme weather conditions. The World Shipping Council (WSC) recently released its 2020 update showing that, on average, 1,382 containers are lost at sea each year. The most spectacular example is the 2019-built Japanese 14,000 TEU freighter “ONE Apus” (IMO 9806079), which lost over 1,800 containers on Nov 30 2020 in the middle of the Pacific being en route from China to the US west coast. Initially, media reports stated that over 1,900 boxes were swept overboard by a storm. Some 64 dangerous goods containers were lost as well, alongside 54 with fireworks, eight with batteries, and two with liquid ethanol. On Dec 8 2020 the ship has arrived in Kobe, where the big clean-up and safety check-up has started.

The loss of large amounts of cargo due to difficult weather conditions occurs equally for all shipping companies. FleetMon.com has put together a Top 5 of the “biggest losers” of freight in the container shipping industry.

End of November 2020, container ship ONE Apus will go down in history with 1816 containers lost in the North Pacific west of Hawaii. 64 contained hazardous goods like fireworks, batteries, and liquid ethanol. 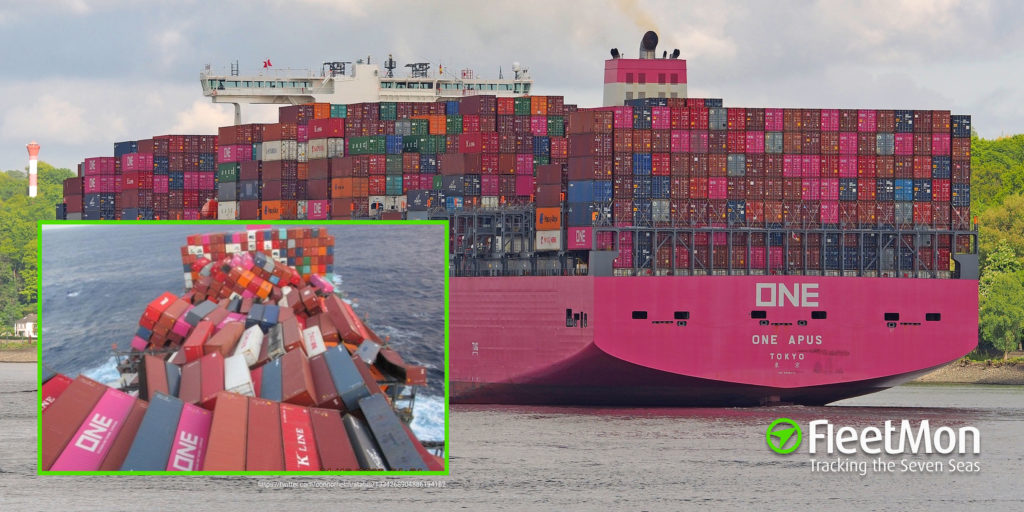 Image of ONE Apus by ship spotter linse51 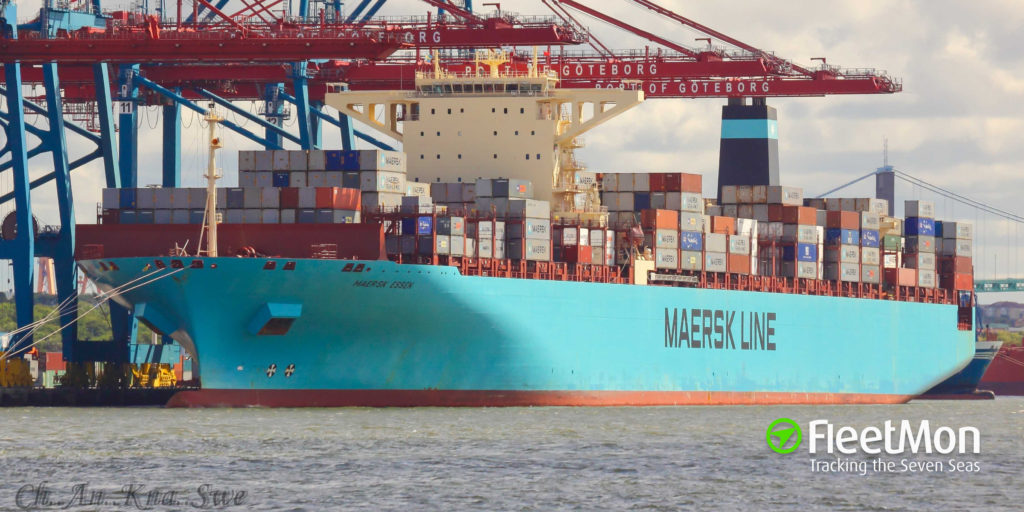 In February 2014, the container ship Svendborg Maersk lost more than 500 boxes that were blown overboard during a storm in the Bay of Biscay. Later, 11 million cigarettes were washed ashore on the British coast. 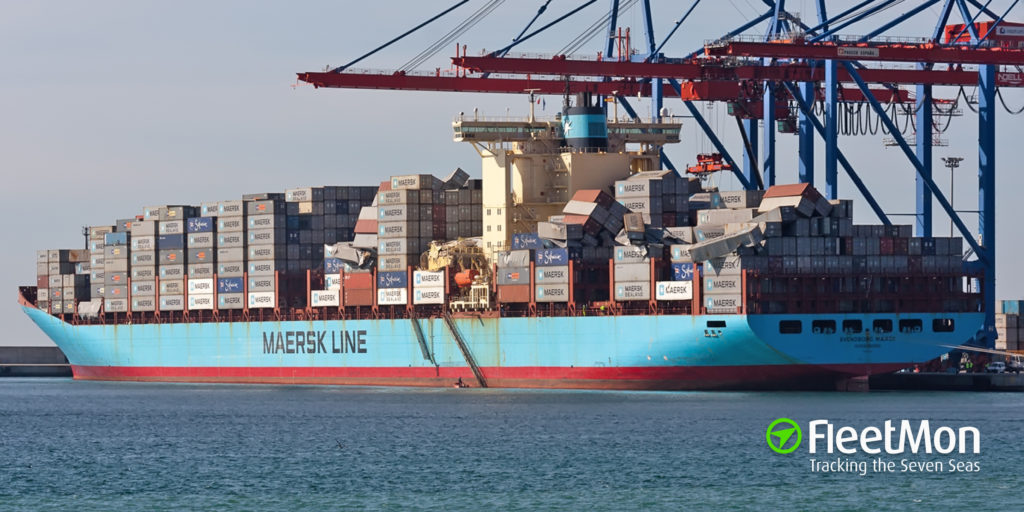 In January 2019, the container ship MSC Zoe lost approximately 300 containers north of Borkum, Germany. Most containers contained car spare parts, toys, and furniture. But 3 containers contained dangerous organic peroxides, which can decompose very rapidly or explosively if they are exposed to only slight heat, friction, mechanical shock or contamination with incompatible materials. The boxes have never been localized. 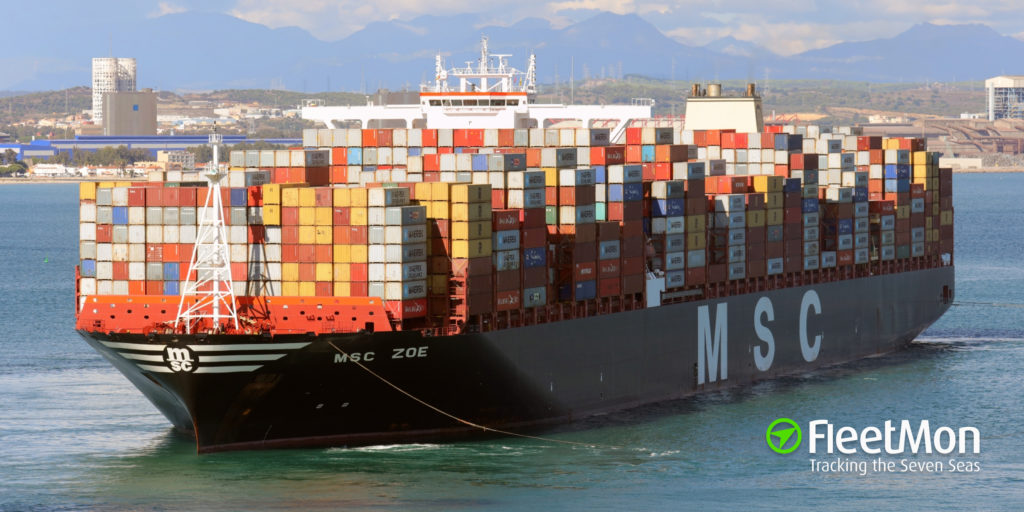 In October 2020, the container ship ONE Aquila lost 100 containers being en route from China to Long Beach due to a heavy storm. 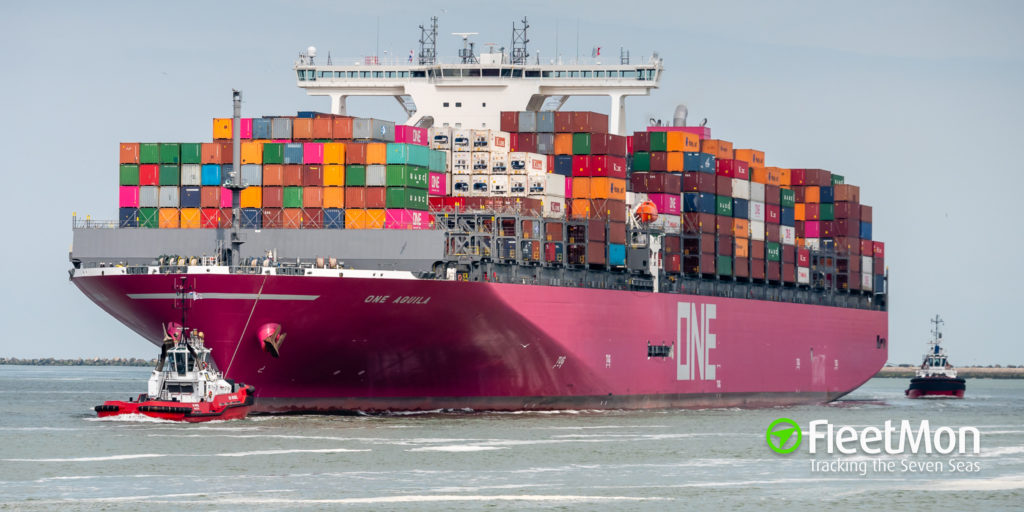 Image of ONE Aquila by ship spotter leopixels

However, the list of incidents goes on. The industry is alarmed, as are environmentalists, but also the insurance companies, for whom the cargo losses not only mean a lot of work but also high, substantial compensation payments.