Ghost Ships and the Seven Seas

The maritime folklore of the ghost ship, “Flying Dutchman” happens to be very popular and it has inspired hundreds of paintings, books, operas, and movies. Are ghost ships only limited to the folklores and Halloween stories? In the world of modern maritime, the term ghost ship has a much more practical meaning. 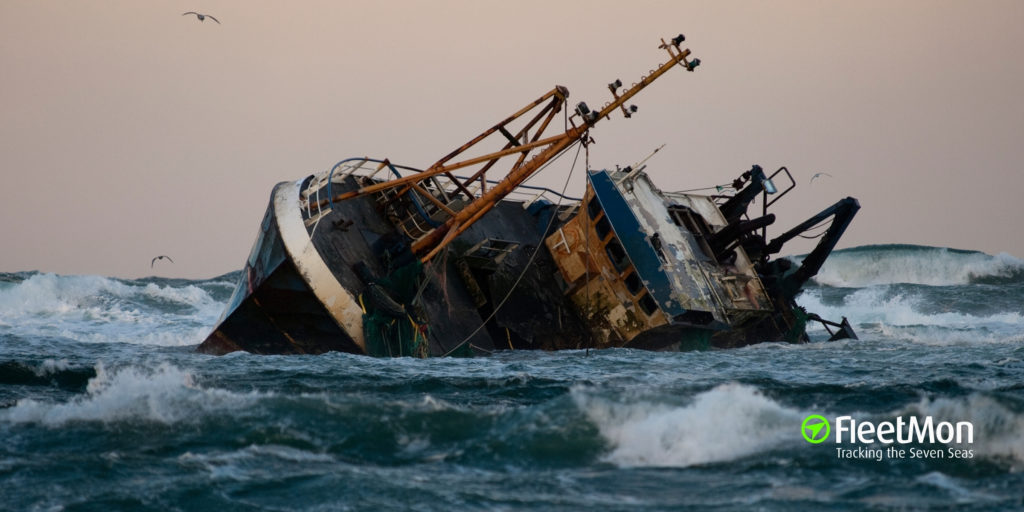 Ghost ships are vessels floating with no living crew onboard. These abandoned vessels drift in the ocean and appear suddenly at some coast or are spotted midsea giving rise to a series of questions about ownership, crew safety, environmental hazard, security of the state, etc. These vessels could have been abandoned under any unknown circumstances. Later these ships become subject to horror stories as these abandoned vessels have many unanswered questions, such as: What happened to the crew? From where did the vessel arrive? and many more attached to them. It is interesting to learn the reasons behind the abandonment of vessels which later turn up as ghost ships.

Making of a ghost ship

The most common and explained reason for ship abandonment in today’s maritime world is the inability of the ship owners to meet the operational expenses of the vessel. When the owners of the ship fail to pay for basic expenses including port fees, crew wages, and bunker expenses they abandon the ship along with the crew. The crew stays on board as abandoning will deprive them of their right to be paid. Due to weak laws of flag states, the jurisdiction becomes lengthy and unclear, pushing the crew to abandon the vessel. It has been noted that vessels are often abandoned in countries having less stringent shipping and immigration laws. As per the International Maritime Organization data, since 2004, 438 ships worldwide have been abandoned by the ship owners with 5767 crew members being affected directly.

When a ship has lived its life, it has to be towed to the scrapyard for dismantling. Such ships waiting to be towed to the scrapyard sometimes drift away in high seas due to ocean current or rough weather. Due to lack of operational digital identification systems, it becomes nearly impossible to track these ships. These vessels going with the flow are sighted as ghost ships.

In the year 2020, Beirut, Lebanon suffered a massive explosion taking 200 lives and injuring more than 6000 people. Behind this explosion was the ghost ship MV Rhosus. 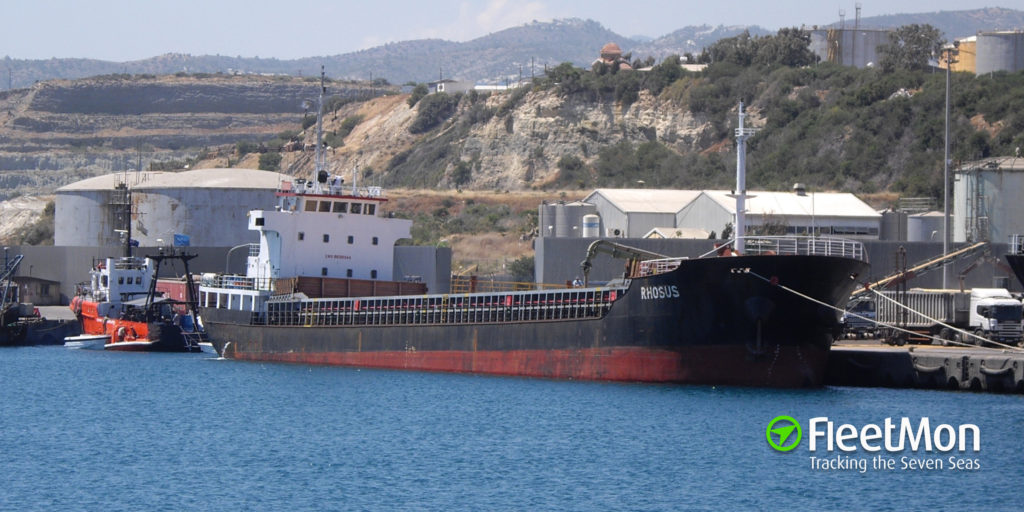 In 2013 MV RHOSUS was on its way to Mozambique when due to some mechanical emergency it made a port call to Beirut, Lebanon. The vessel was detained by the port state control of Lebanon as they found it unseaworthy. The owners went bankrupt and refused to communicate with the ship. The crew did not abandon the vessel for nearly one year and was finally repatriated home after local court orders were passed. The port authority seized the vessel on 4th Feb 2014 and cargo was shifted to a port warehouse. MV RHOSUS after being abandoned by its Russian owner turned into a ghost ship for 4 years and ultimately sank in February 2018. On 4th August 2020, a fire broke out at the warehouse where the cargo of MV Rhosus was stored and a massive explosion happened, destroying the port of Beirut.

In the year 2019, HMS Protector spotted a derelict-looking vessel floating in the mid-Atlantic. The vessel was later identified as ELIAS (former MV ALTA) and its dark past was revealed. The ship had undergone several name changes and was sailing as ELIAS towards Haiti in 2018. The ship’s engine had failed and she raised a distress call. The US coast guard rescued the crew onboard ELIAS and the ship was abandoned. The ship sailed as a ghost ship for nearly a year in the Atlantic before being spotted by HMS Protector. On February 16, 2020, the ghost ship suddenly appeared on the coast of Ireland, Ballyandreen, Cork. Storm Dennis had agrounded the ship where its wreckage still remains. There have been several stories regarding ELIAS’s past but none could be verified as the vessel’s ownership is yet to be determined. 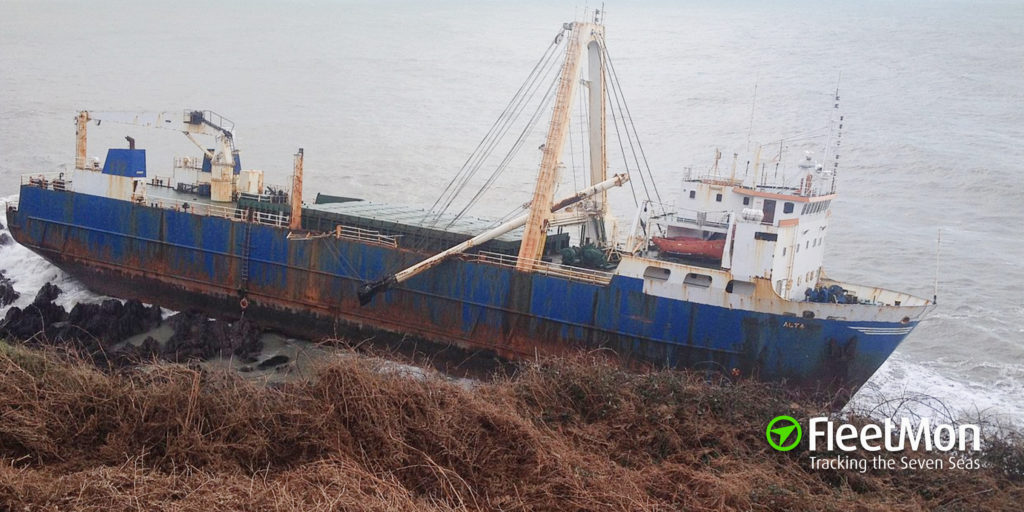 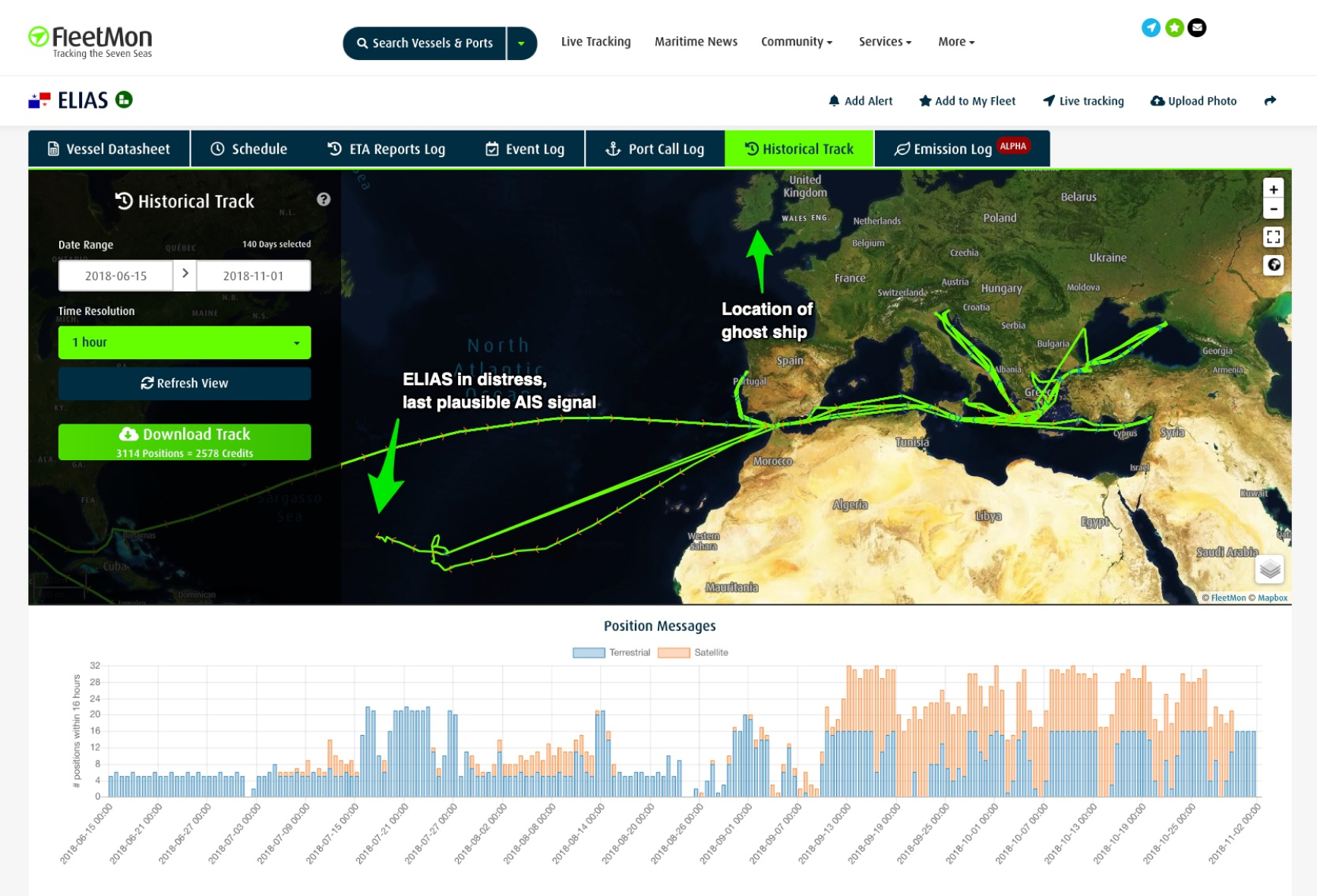 A ghost ship anchored for more than a year in the Gulf of Siam, Thailand. This ghost ship was cruise vessel OCEAN DREAM that was abandoned by its owners. Multiple owners had exchanged hands before Runfeng Ocean Deluxe Cruises saved it from the scrapyard. The company operated the vessel since 2012. It was abandoned in the year 2015. OCEAN DREAM remained a ghost vessel before it capsized on February 27, 2016. By the year 2019, the wreckage above water was demolished and cleared from the site. 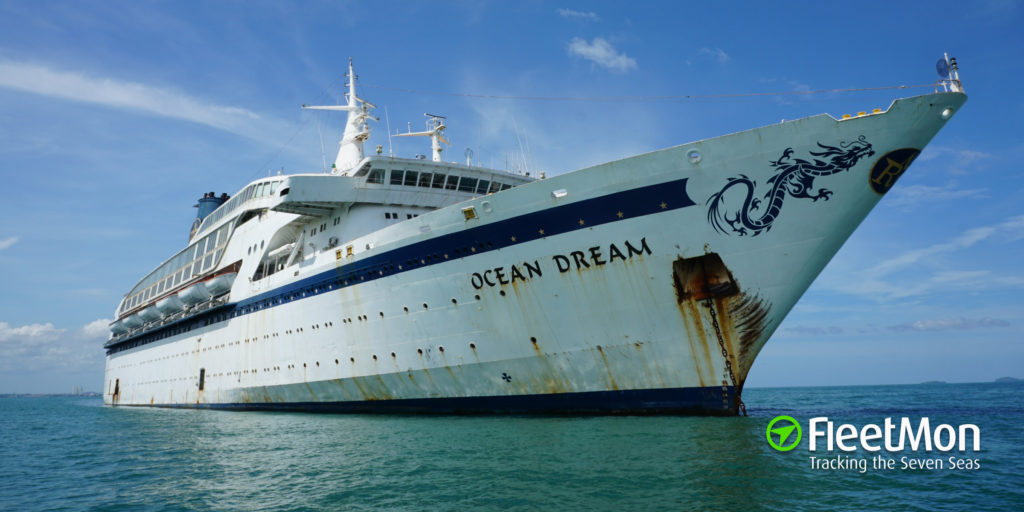 On October 1, 2017, the locals of Salloum Coast, Egypt found a ghost ship at their sea beach. Later the ship was identified as MV MARIA M but its flag and the owner still remain a mystery. The ghost ship didn’t look derelict as from the appearance of the vessel it can be said that the ship was operational till recent times. The owner and the last trade of the still being a mystery, stories started to make rounds that the ghost ship was involved in immigrant trafficking. 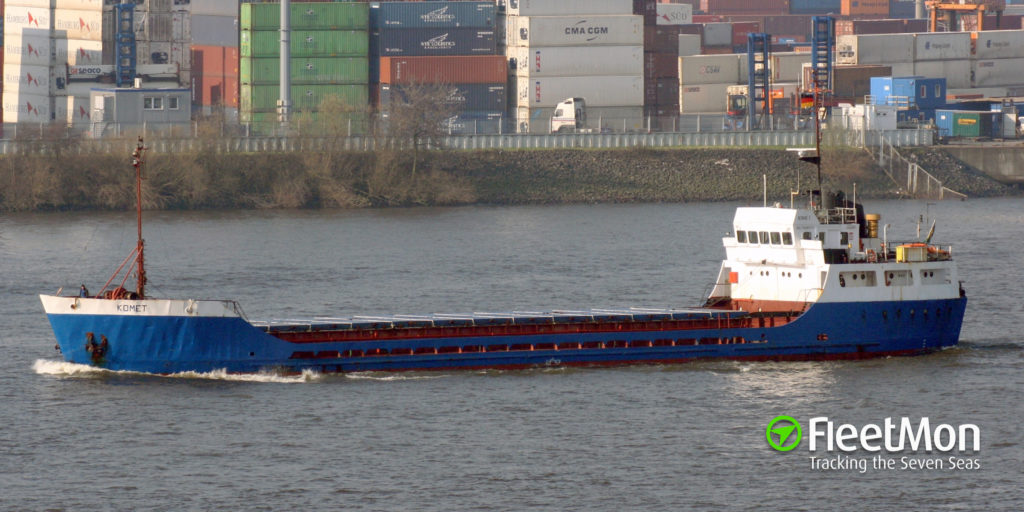 The most interesting of all ghost ships found in recent time is a steel hull fishing vessel discovered by Vietnamese fishermen in La Gi, Vietnam. The vessel identity could not be discovered but several Chinese characters were found on the stern and bow of the ship. It is assumed that the ship was abandoned a few days back before discovery, as the fishermen found the ship with deck lights ON. The ship’s galley was functional at the time of abandoning as cooking utensils were found in use. No personal belongings were found onboard. Under what circumstances the vessel was abandoned, what happened to the crew, who are the owners of the vessel etc. still remain a mystery. The fishermen had towed the vessel to La Gi where it stands anchored 2 miles off the coast.

The most recent incident of ghost ship sighting is from Penghu Islands, Taiwan. A general cargo vessel was found aground on the coast of Penghu Islands, Taiwan. It is suspected that the vessel was being towed away to the scrapyard and she might have broken off her towage. The ghost ships continue to haunt the maritime industry because vessel abandonment by owners adversely affects crew, environment, and safety at sea.