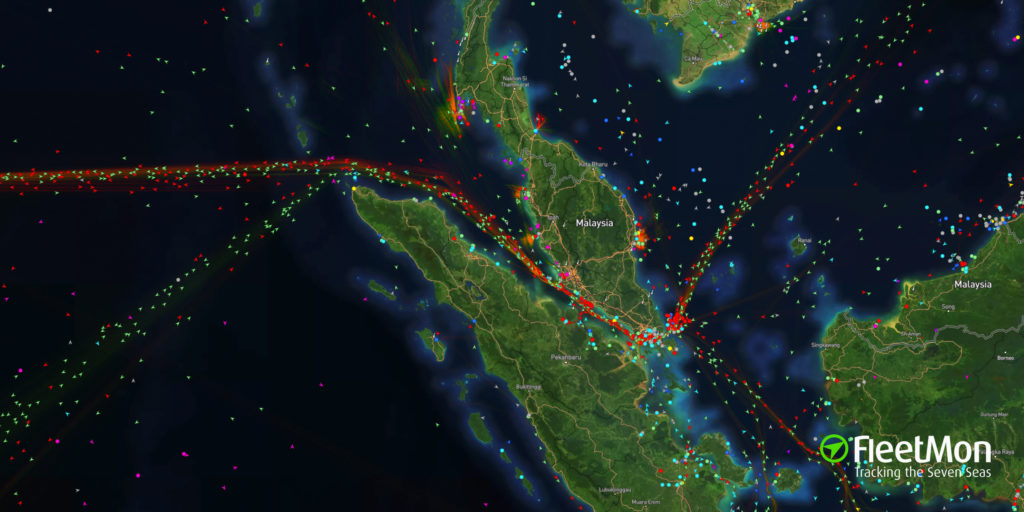 Vessel traffic in the Malacca Strait via FleetMon Explorer

There’s a popular saying in the Maritime sector: Whatever happens in China, affects global shipping. Remember the beginning of the COVID-19 pandemic when ports all across China were closed off? According to Alphaliner, more tonnage of container ships remained idled around the world than during the global financial crisis during this period. Daily charter rates for tankers and bulk freighters plummeted more than 70% from normal levels as China bought less oil, iron ore, and coal.

Or take a look at the country’s oil statistics:

China is the world’s largest net oil importer and second-largest oil consumer. These numbers shouldn’t come as a surprise, given the country’s humongous size. Right now, around 70% of China’s oil consumption comes from foreign imports and has been sharply expected to grow to around 80% by 2030.

Increasing dependency on foreign oil import poses new threats to a country’s sustenance, where even the smallest snub in the supply chain amounts to far-reaching consequences in the long run.

This is where China’s dependency on Malacca Strait comes into the forefront, making way for what has now been termed as China’s Malacca Dilemma. 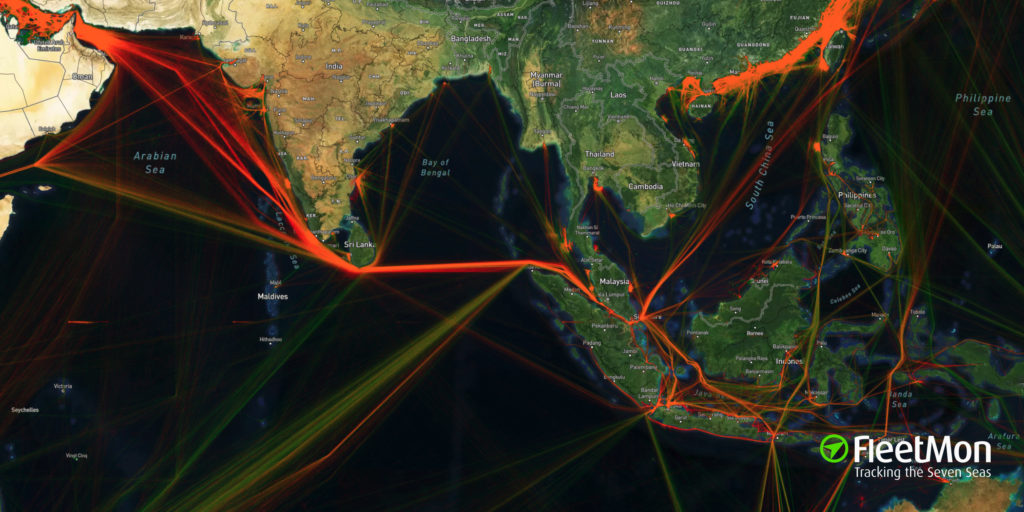 Why is Malacca Strait so important?

Sandwiched between Malaysia and the Indonesian island of Sumatra, Malacca Strait serves as the main shipping route connecting the Indian Ocean and the Pacific Ocean, making it one of the most important shipping lanes in the world. 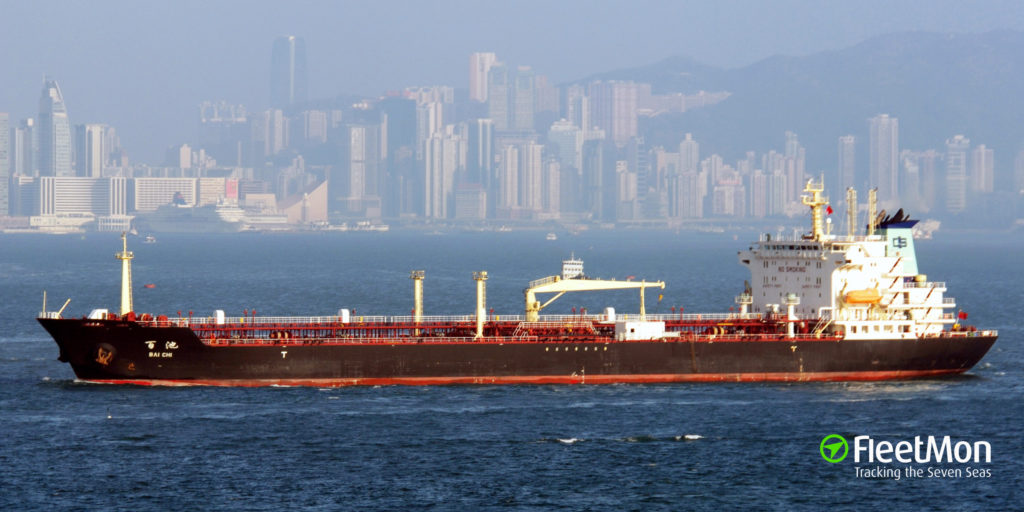 Bai Chi, one of the thousands of Chinese tankers that regularly traverse Malacca.

It is the busiest strait in the world, with some 100,000 vessels plying annually through it. An estimated 25% of the world’s trade passes through this narrow strait, making it important economically, as well as politically. It is well understood in the political spectrum that he who controls the Malacca Strait, might as well control the stability in South-East Asia. This is where China comes into play.

Historically, the vast majority of China’s oil imports, from the Persian Gulf, Venezuela, and Angola, go by this route. This makes the route increasingly susceptible to blockades that could well stagnate the Chinese war machine.

Over the years, China has had a lot of territorial disputes with most of its South-Asian neighbours, most notable among them being India. Even though China is a much larger economy, the only regional country that can remotely rival it is India. Both the countries have a huge standing armed force, which often engages in minor skirmishes. 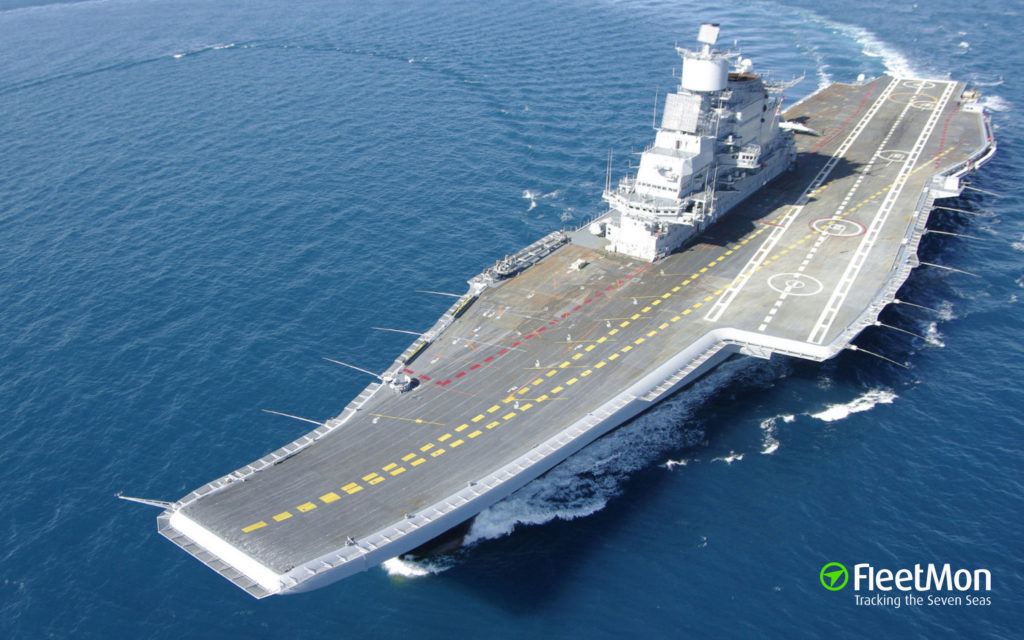 To protect its territorial sovereignty and freedom of navigation in the Indian Ocean Region, the Indian Navy has a well developed naval port in the Indian islands of Andaman and Nicobar. These islands are in close proximity to the vital Malacca Strait and could well be used to cut off the vital shipping route in times of war, stagnating the Chinese economy.

India has been enjoying this strategic advantage over China for decades now. But this is soon going to change.

China has been investing heavily in its ‘Belt and Road Initiative’ (BRI) in an attempt to diversify the country’s supply chain. A whopping $200 billion has already been spent on the same, with analysts predicting a sum total of $1.2–1.3 trillion investment by 2027.

A large part of the Chinese plans rests on the development of the Pakistani port of Gwadar. Instead of traversing through the Malacca Strait, ships could unload the cargo at Gwadar, which would then be shipped into China via the China Pakistan Economic Corridor (CPEC). 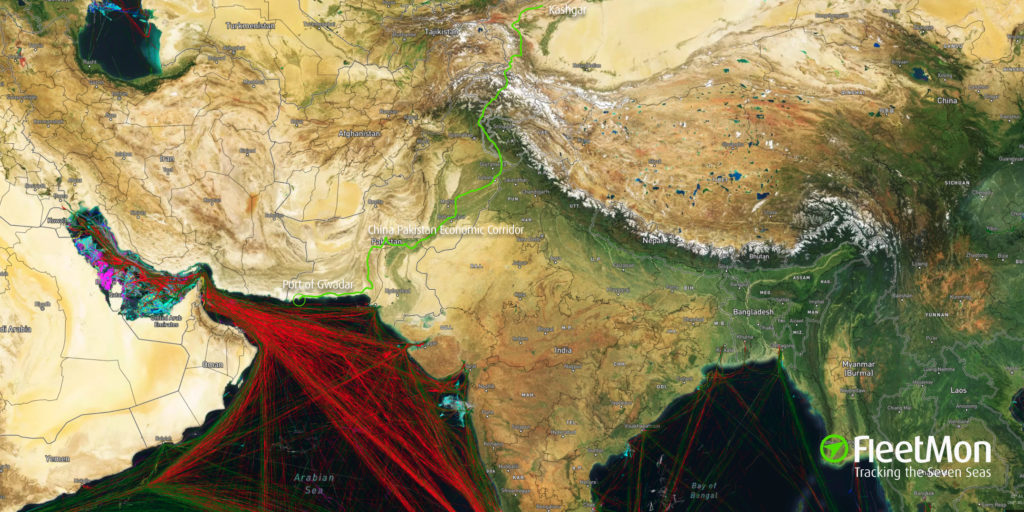 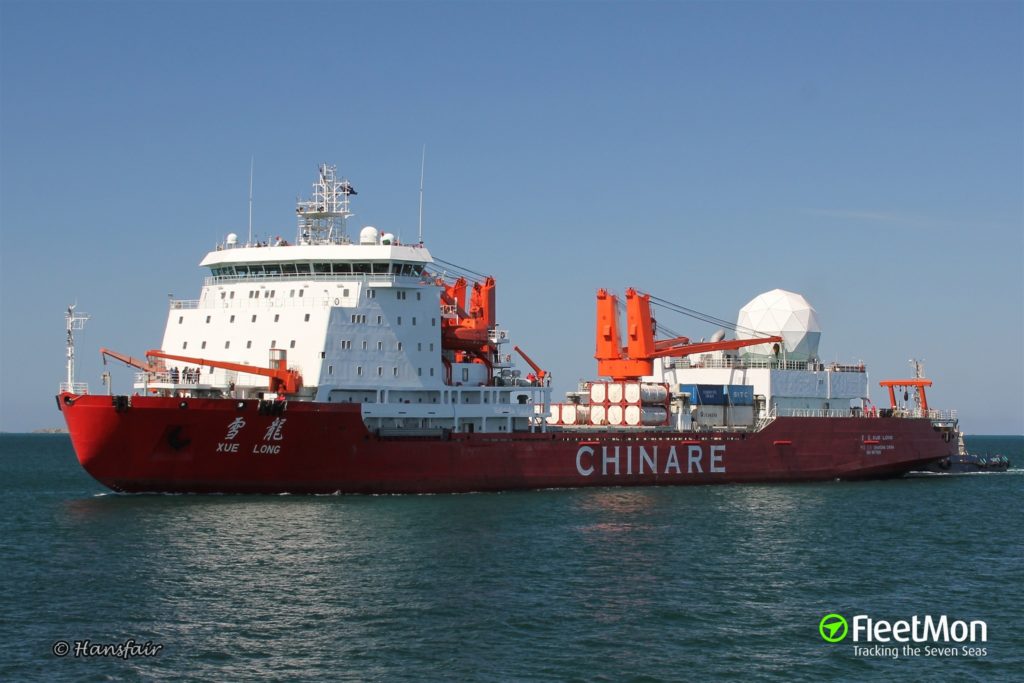 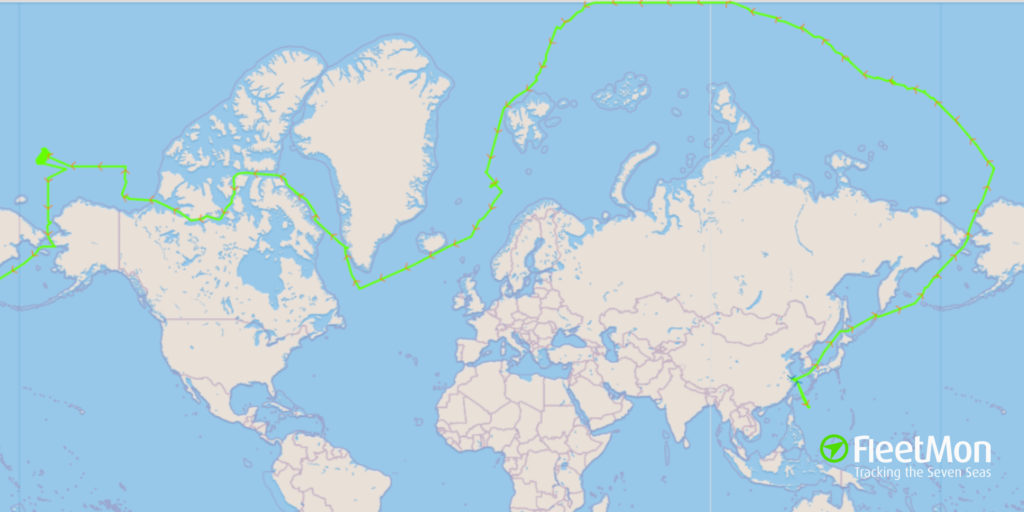 With all the measures in place, Chinese dependency on Malacca Strait could well decrease over the years to come. Notwithstanding, Malacca Strait would continue to be a vital shipping route connecting other Asian powerhouses like South Korea, Japan, Malaysia, and India. Regardless of Chinese diversification, its strategic and economic importance isn’t going to decrease anytime soon.

Malacca Strait: China’s strategic chokepoint
Did this answer your question?