Safety of Life at Sea (SOLAS)

The most recent examples of damages are WAKASHIO and NEW DIAMOND. These led to repeated debates on safety at sea. 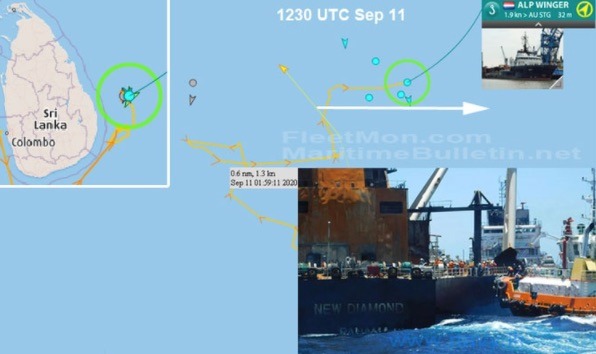 One of the most important regulations in this respect is the International Convention "Safety of Life at Sea" (SOLAS), which resulted from the sinking of the Titanic.

On 14 April 1912, the Titanic sank south-east of Newfoundland because it traveled too fast despite ice warnings, and the crew in the lookout noticed the iceberg too late. Since there were few lifeboats on board and the crew was simply overwhelmed, 1,514 people died.

The sinking had consequences for the regulations on safety at sea. In 1914 the SOLAS Convention was adopted.

The following was laid down in the Convention:

- Number of lifeboats present on a ship

- Sufficient rescue equipment for all people on board

- Carrying out of regular rescue exercises

- Establishment of an international ice warning service for the North Atlantic

- All bulkheads must be watertight and fireproof

- Exclusive use of red flares in emergency situations to avoid misinterpretation

In 1933, the SOLAS Convention became internationally valid, making it the first international convention for the protection of human life at sea.